Yesterday was interesting; I opened my GED book and actually studied.
The problem is everyday I feel different. So I’m always changing things (mostly my mind). But I do plan to get my GED.

Today I wrote a letter to Microsoft; I’ll mail it tomorrow.
I watched Life as We Know It with my mom earlier today. I’d rate it four stars; it was a good movie.
I switched books, so now I’m reading Ask Again Later by Jill A. Davis. I’m enjoying it.
I’m working on crosswords nowadays. I’m starting out on the easy book, but easy is debatable.

Not much else happened today.
I thought I had something interesting to talk about, but apparently not.
What a waste of blog space, yet I can’t bring myself to delete this post.

Lately I’ve been in a writing mood. Although I can’t explain the fifteen day gap on this blog. I’m just lazy; that’s all there is to it.
Last week (March 11 – March 20) my mom and I went on our first vacation. We drove 1400 miles to Baltimore, Maryland. Me, my mom, and our hyperactive Jack Russell Terrier with all of our unnecessary baggage in a Chevy HHR rental car. It was an uncomfortable ride considering the amount of space we had (none). We drove through Louisiana, Mississippi (the middle of nowhere), Alabama, Georgia, Tennessee (awesome), Virginia (boring and full of mountains), and finally to Maryland where my mom had an interview. What we thought would be a cheap trip turned out not so cheap after all ($3,000+). But we had fun. We got a couple souvenirs and tons of pictures throughout the trip. We learned a few hard lessons and bonded as a family. Overall it was a good trip.

I can’t decide if I’m a Sudoku expert or not. I’m on the hardest level, but it seems like hopscotch, and I hate challenges. I’m also interested in crossword puzzles now, but the things I normally know seem to escape my mind when I’m working on them.

I’ve started writing complaint letters to companies whose services don’t meet my expectations. UPS was first, and I just finished Coca-Cola. Next up: Google, AT&T, Twitter, Microsoft, Viacom, Chase Bank, RedBox, Enterprise rent-a-car, JSC Fedral Credit Union, and possibly Disney.
As soon as I get some stamps, I’m going to start mailing these out.

I decided to sign up for Monster. It didn’t really do much of any good. If anything, it confirmed the fact that I need to open my GED book and finish studying. My grandfather was also another confirmation. You’d be surprised how much knowledge there is on both sides of my family. And then there’s me…the black sheep.

I usually have trouble sleeping at night; but last night, I didn’t fall asleep until a little after 5am.
I woke up when my mom came home from work, somewhere around 1pm. As usual, the “you’re not doing anything with your life” conversation came up, but I didn’t bother. I was more concerned with the fact that I’m out of Honey Nut Cheerios. After searching the pantry a couple times, finally around 4pm I had some waffles. They weren’t chocolate-chip waffles, but at least I had a somewhat-reasonable substitute for Honey Nut Cheerios.

The rest of the day consisted of Sudoku puzzles, a new novel, and boredom on the internet.
I’m currently reading Apologize, Apologize! by Elizabeth Kelly. It’s one of those funny unbelievable-family books. I love those.

I feel like I’m getting spammed by movies. They’re coming out left and right:
It’s Kind of a Funny Story (I read the book back in 2008, it was very entertaining)
Jackass 3 (I love the Jackass series)
Morning Glory
Wild Target (I’m following Rupert Grint‘s expansion in acting; he’s good)
Megamind
A Christmas Carol (Though I’ve heard the story many times, it never gets old; same with Jim Carrey)
Salt
How Do You Know
Tangled
127 Hours (I’m getting into James Franco)
I Love You Phillip Morris (Two of my favorite actors, Jim Carrey and Ewan McGregor)
Life As We Know It (Just came across this last night)
Going The Distance
The King’s Speech (I want to see this movie for several reasons including the actors, and because it’s a movie about stuttering)
Just Go With It
Big Mommas: Like Father, Like Son (Might as well finish the series)
Rabbit Hole
Take Me Home Tonight (I watch films similar to this all the time; they never get old)
Paul Opens March 18, 2011
Super Opens on April Fool’s Day
Pirates of the Caribbean 4 Opens May 20, 2011
The Hangover Part 2 Opens May 26, 2011
Harry Potter and the Deathly Hallows Part 2 Opens July 15, 2011

I have a lot of movies to see. I am, after all, a cinephile 🙂
Though I get frustrated with Netflix sometimes, I’m glad I have them.

Today I awoke to a late morning, as usual.
First thing I did was several Sudoku puzzles. I’ve done 6 1/2 pages today (the half means I’m not done for today). Pretty much the whole day was dedicated to Sudoku (70% Sudoku 30% Reading).

I also finished a book today. Lottery by Patricia Wood was a heartwarming novel full of inspiration. I enjoyed every page. I learned (among several things) that there’s a difference between being retarded, and just being slow. This is the second novel (I can’t remember, I’ve read so much) I’ve read where I felt a little intimidated by the author. Their aren’t very many authors I come across, where I feel the author is overqualified to be writing. But Patricia Wood is one of them. Outstanding book for her first novel.
Now I’m reading a book I hope will help me in the future. But after reading Allen Shawn‘s foreword, I see otherwise. I’m already intimidated. My god, this guy can write! He comes from a literary family, which explains a lot. I have a feeling Wish I Could Be There: Notes from a Phobic Life will be a good read. After all, my mom recommended it to me. She’s good at recommending things; she knows me so well.


It seems like every day I wonder if I should switch to an Android, or keep my beloved Blackberry. They both have issues; no phone (or anything else for that matter) is perfect. But I feel comfortable with my Blackberry. I’m not too comfortable with touch screens. But I need Android’s apps. I go back and forth in my mind all the time. I’m going to go to T-mobile tomorrow and see what else there is to do. I can upgrade in September, but maybe there’s another option (when I was with Sprint, there was always another option).
Here is what I need:
A phone that Twitter supports for their official app
High photo/video quality and easy access
Good battery
Maps and navigation
Speaker phone
Keyboard
Email access
Durable phone (tough when dropped etc.)
Calendar w/notification capabilities
Reasonable price
The problem is the “no perfect phone” part, and a phone with a reasonable price. But I doubt I’ll find anything less than $500 nowadays.


Now if you excuse me, I have some Honey Nut Cheerios to eat.

I got up at 2pm today.
I only got up because I had to open the door for my mom who had just come home from work. Otherwise, I would have stayed in bed. I’m glad I got up though; I love having Honey Nut Cheerios every morning.

I checked some things on the internet after I got up: Yahoo news (some football player is too smart to be a football player; the government doesn’t care that radioactive waste is being dumped into drinking water), Facebook notifications (0), and the latest on Johnny Depp. I got distracted on the latter (happens a lot). I learned more about him from exclusive interviews. I didn’t seem to care about the privacy of his children before, which is why I had a few photos of them on my Flickr album. I removed them all. He works so hard to keep them out of the media; I respect that. If I come across photos of his children on a fan site or whatever, sure I will save them to my computer, but I won’t post them.

My mom and I spent the rest of the day putting our beds together. We moved in our new place in April 2010. We just now set up our beds, 11 months later. You have to take in to consideration two things: (1) I’m such a weakling, I can’t lift a damn thing, and (2) My mom is the complete opposite, and very intelligent, but beds are not her forte.
It took hours putting up the beds, but we (she) did it. Afterwards I took a long, lukewarm shower. I hate it when I sweat. So I tend to avoid any and every activity that involves sweating. But I was tired of sleeping so low to the ground, so I helped.

Yesterday I skipped church. I actually overslept. I had no intentions of going to church (I never do), but a friend from church asked me on Facebook (she does this about every other week) to come, so I told her I would try. I set my alarm for 8am, and it went off at 8am. I got up at 8am and turned the alarm off and went back to bed. I woke up again (much later) and realized I overslept. This happens every time I attempt to go to church. I haven’t been to church in at least six months. I felt bad for letting my friend down, and I told her so. I also told her I would try harder next Sunday.
Reasons why I don’t go to church:
(1) I’m agnostic.
(2) I hate church.
(3) I hate leaving the house.
(4) I love to sleep in and I’m not a morning person.
(5) Every time I go to church, the people look at me weird, like the devil just walked in or something.
(6) I don’t like spending hours in the same spot in a place where I feel uncomfortable.
(7) I don’t know what they’re so happy about or why.
I’ll try next Sunday.

Right now I need to finish this Sudoku puzzle, and then read a little. I’m reading Lottery by Patricia Wood. It’s a great book about this mentally-challenged guy in his late 30s who won the lottery.
I’d like to watch a movie after that, but I already watched the two Netflix DVDs. The first movie, Idiocracy, is like the Matrix; it’s going to happen someday unfortunately. The second movie, Knight and Day, was fun to watch; it’s the second movie I can remember watching that has sort of a twisted ending. The first was The Tourist.
I have a little over 300 movies (DVD and VHS), but there really isn’t anything I’d like to see again tonight. I don’t know, I’ll have to look again.
Maybe I’ll just finish my book tonight instead. 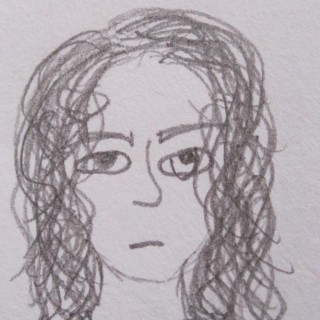